We Bought A Farm Via Facetime - Mama Human™ Skip to content

Have you ever done something completely insane and loved the excitement of it? We’re doing just that…. we bought a farm, 2500 miles away, without ever seeing it with our own two eyes.

Before I get in to why we bought a house without seeing it, I have to explain a little about what got us to that point.

It was Time To Leave California

First things first – we were on our 5th year in California in 2018 when the wildfires got uncomfortably close to our mountain house. That year was so bad that I spent nearly a month in a hotel on the coast with the kids just trying to get fresh air. The reasons for bailing out of CA were adding up quickly and it felt like the fires were our breaking point.

Earlier that Summer our middle son had crashed him BMX bike while trying to avoid two riders that had literally been elbowing one another. He went up and over the handlebars and shattered his shoulder in the asphalt corner. As soon as he was healed up enough to travel and released from the ortho, we went on a two week long road trip around Arizona, Utah, Wyoming and a few other places to see Zion National Park, Arches, Grand Canyon, Yellowstone, Horseshoe Bend and the Grand Tetons.

My business was imploding while we were gone and with little to no service – I had no idea that my business manager had completely walked off the job. She was suppose to keep the company running smoothly while we were on a much-needed vacation, but instead, I came back to nearly half of my monthly recurring customers cancelled from their plans. To make matters worse, while I am on the phone trying to figure out what happened, we walked into our house that had been flooding the entire time we were gone. A water leak behind the wall where the pipes come down for the dishwasher left our house full of mold and our entire kitchen and living room was a gut. The day after we lost the use of our home, I was laid off from my marketing job – the one I was planning to quit as soon as we got back but couldn’t due to the loss of clients I had incurred during vacation.

Two weeks later California erupted into a fireball and the air conditioning system in our 5th wheel couldn’t keep up with the ash and the 105+ degree temps. The fires were inching closer to what was left of our mold-filled home and our 5th wheel that was parked in the driveway.

We knew it was time to go, so we started making plans to get out of CA.

We Didn’t Know Where Home Was

We thought we sold our house, my husband got a job offer in New Hampshire and we left CA with hope that we could start fresh and leave the bad luck that had followed us that year behind us.

It just got worse. As soon as we got to NH, I called my husband to tell him not to quit his job in CA. I knew that the position I had taken as a marketing director wasn’t going to work out. I want to talk about how New Englanders pretty much won’t talk to anyone they don’t know, but eh, that’s their loss.

He came anyway and we ended up putting $10k down on a house. The guy buying our house in CA backed out. The overtime my husband was promised never happened and, as expected, the marketing job I had taken ended after just three weeks.

When we left NH in April, we walked away from the house without getting the deposit back. We were literally spent. It had been nearly 11 months of nonstop loss.

We finally sold the house in CA in August of 2019 and me and the kids came to Ohio to try to wait for a house to come up for sale in an area that is in high demand. We thought the only way to get a house here was to be in the area and grab a house as soon as it came on the market. Another mistake. When March of 2020 came around – well, we all know how that worked out. We packed up the little house we’d leased and headed back to CA. There was so much uncertainty and I didn’t want to be apart from my husband if the whole thing took a turn for the worse.

We had been bouncing around for two years by the Fall of 2020 and it was beginning to feel like we weren’t meant to settle anywhere. I have to admit that while I love traveling with our kids, Covid brought up a lot of fears that go back to my childhood. I was missing the farm life we’d known at our mountain house in CA and our little farmstead in Ohio before we’d gone west.

In August I bought a little travel trailer and me and the kids took a month long road trip to South Dakota to look at houses there. We put in an offer and got into bidding war. With our streak of bad luck, I wasn’t about to pay what I felt was way above value for a house in the black hills. So, we walked away. When we got back to CA and started to work on the trailer remodel, we discovered the whole thing was full of mold and they’d done a stellar job covering it up so I would buy the thing. Another $6500 out the window.

Me and Eliana flew to Ohio in September to look at four houses . We put in an offer. It fell through due to the water system for the house not being approved by the underwriters, because at this point, what had worked out for us, right?

We were ready to order a bigger 5th wheel and just continue traveling full-time when I got an email from our realtor.

A house on just over 11 acres had come up on the market on the morning of November 13th. It had woods, a barn, workshop, four acres of fenced in yard, a pool, two ponds and an amazing basement.

We Bought a House Over Facetime

By that night the house had it’s first showing. We were the second to get the walk through on Saturday – via Facetime with our Realtor. Sunday two more showings were booked and we were told that we would be in the middle of a bidding war if we wanted the house.

Of course we would be. I mean, why have something simple happen now. Let’s keep it exciting, right?

Fortunately for us, we’d been living in our 5th wheel for a while now, so when the other offer came through as contingent based on them selling their home, something actually went right for the first time in forever.

We literally bought a farm over Facetime and didn’t see it until the night before the signing. Of course, we were robbed on the way to get across the country to sign the papers and every family heirloom piece of jewelry and every piece of jewelry my husband had bought me over twenty years was all stolen, all of our kids birth certificates and social security information, their original hand prints from birth, their baby teeth, our marriage license – all gone.

I suppose we got a farm and a Lifelock account that day.

We’re Back in Ohio

So, we bought a farm over facetime.

After spending the last seven years in the mountains and our last home being just minutes from Yosemite National Park and overlooking the John Muir Wilderness, I have to say I am honestly a little heartbroken to be so far away from amazing views and redwoods. But alas, we cannot stay in California and at this point I am afraid to keep pushing our luck.

So here we are, plan F. Literally.

PS. I am use to being out west where you can drive for half a day and not see a house, so being here where people are piled on top of each other is going to take some adjusting. In the meantime, I have noticed that there isn’t a lot of light pollution to the south of us towards the majority of the amish farms. We can see stars well if we look that direction. If you’ve never seen the stars in a perfectly black western sky, add it to your bucket list. 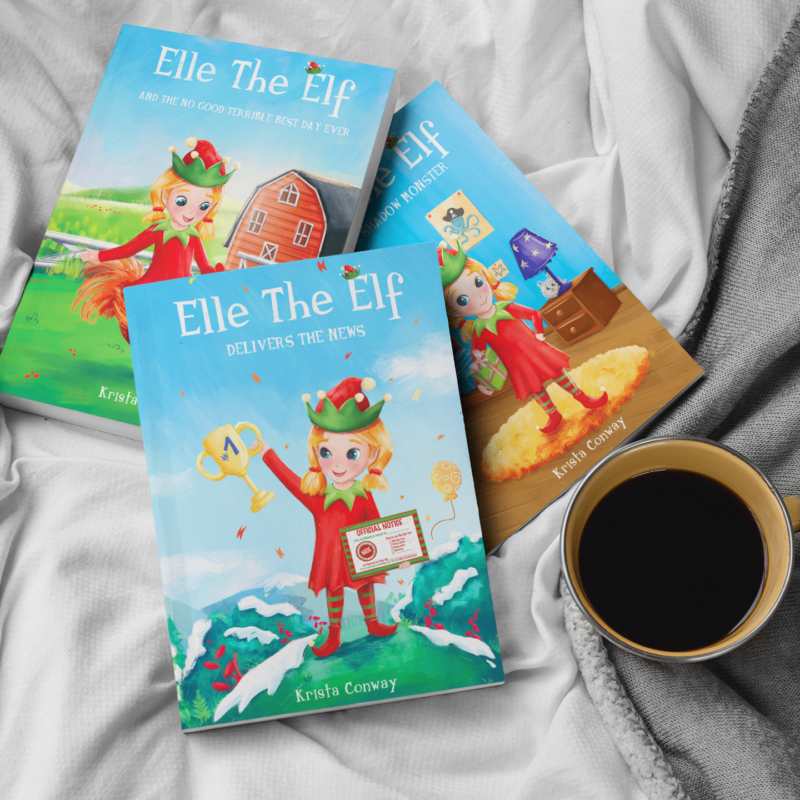 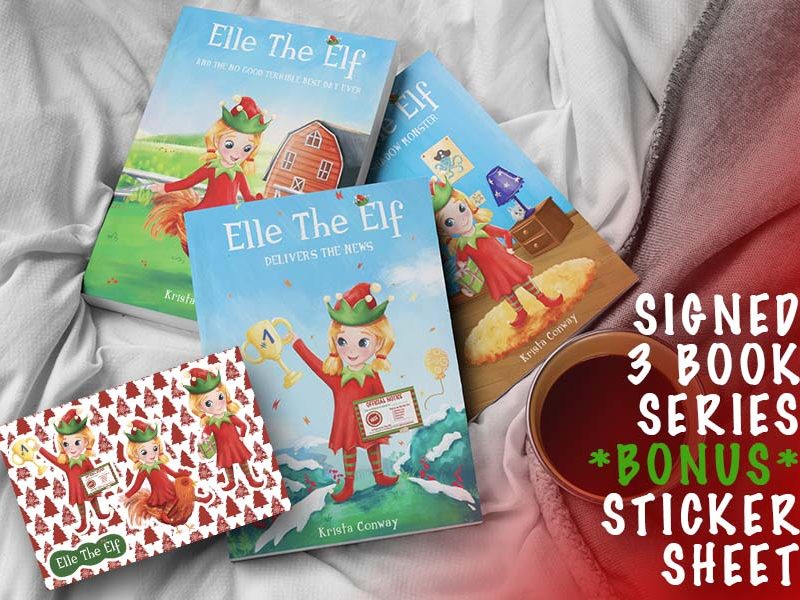 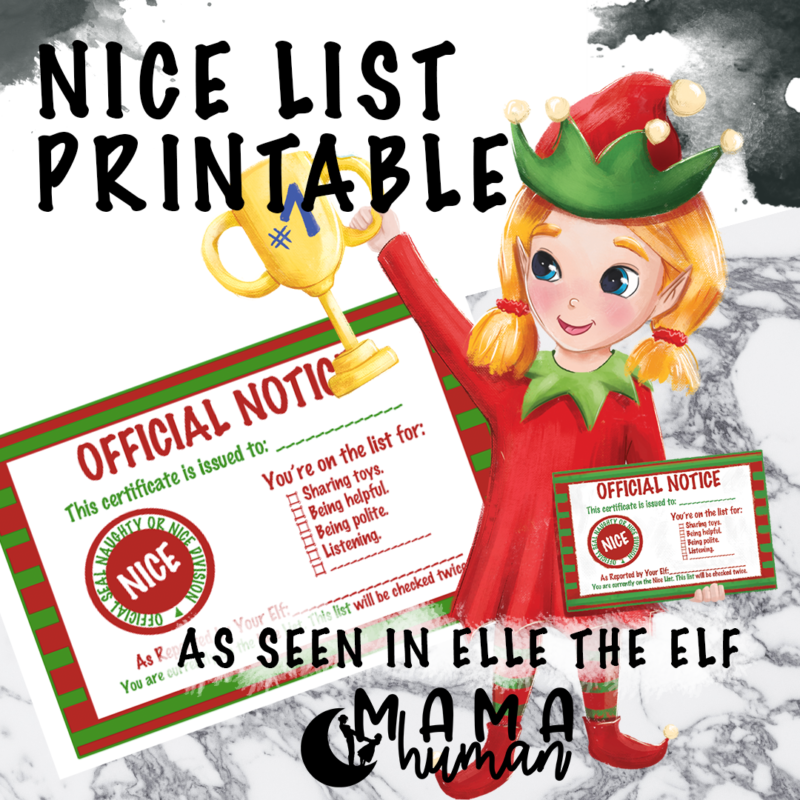 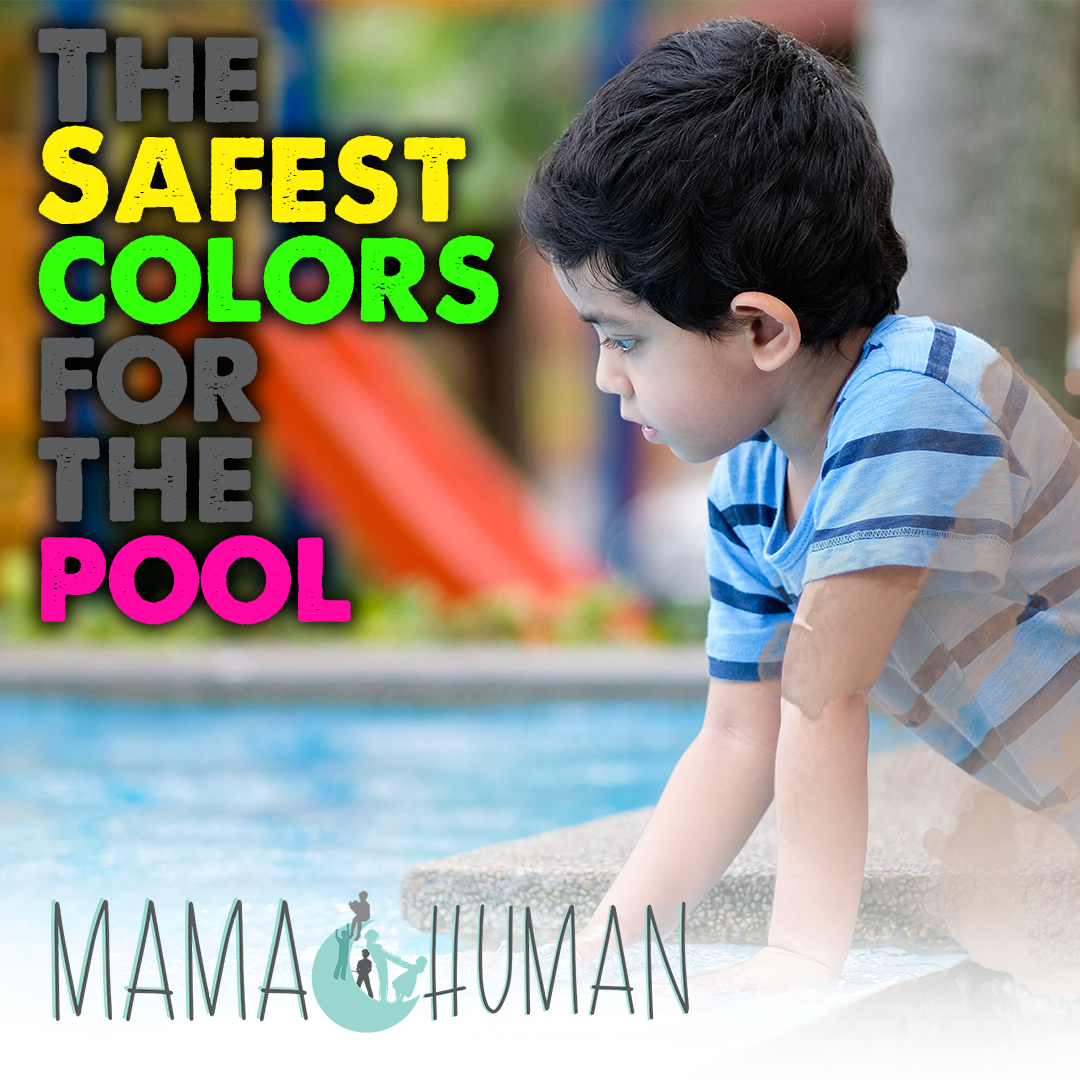 The Safest Swimming Suit Colors For The Pool 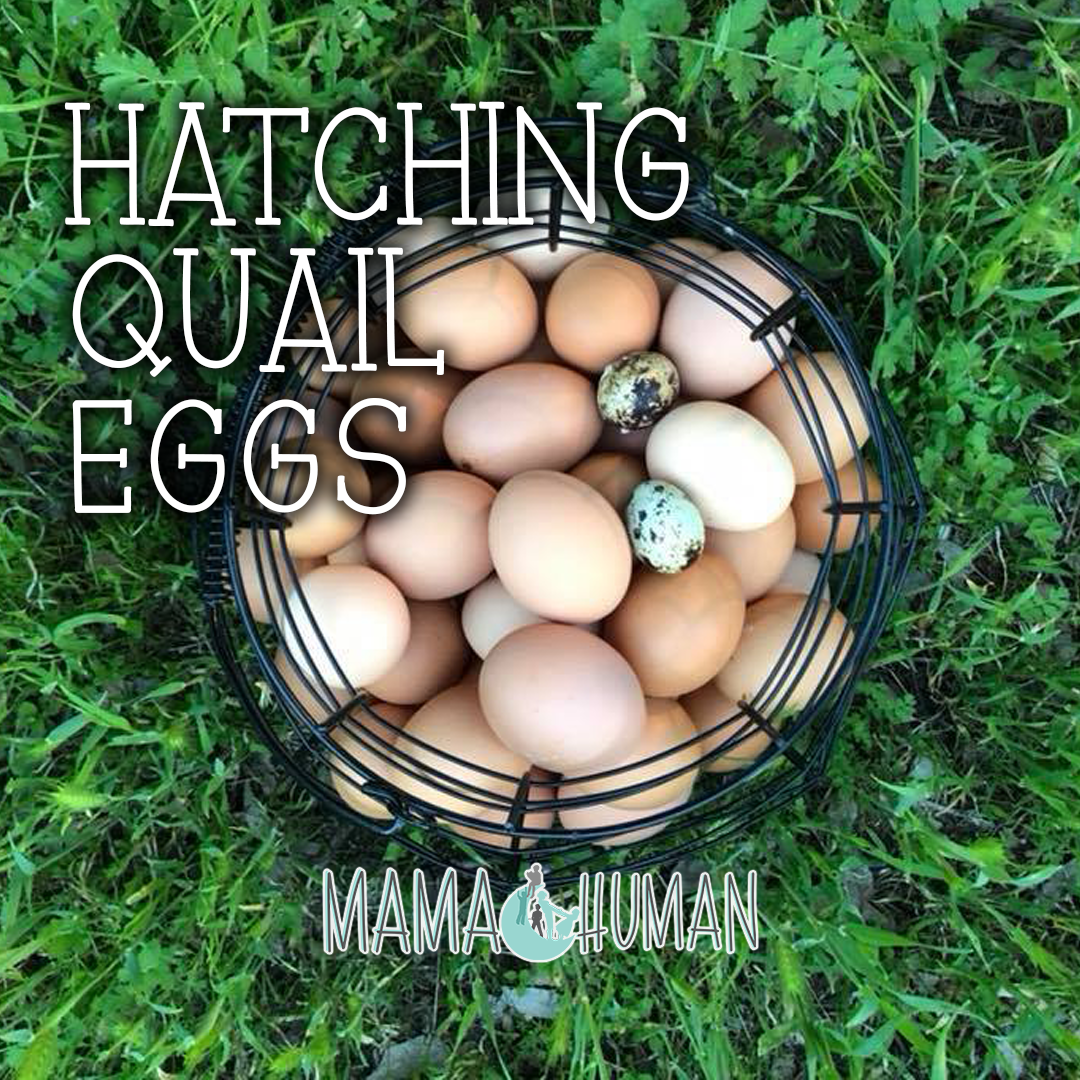 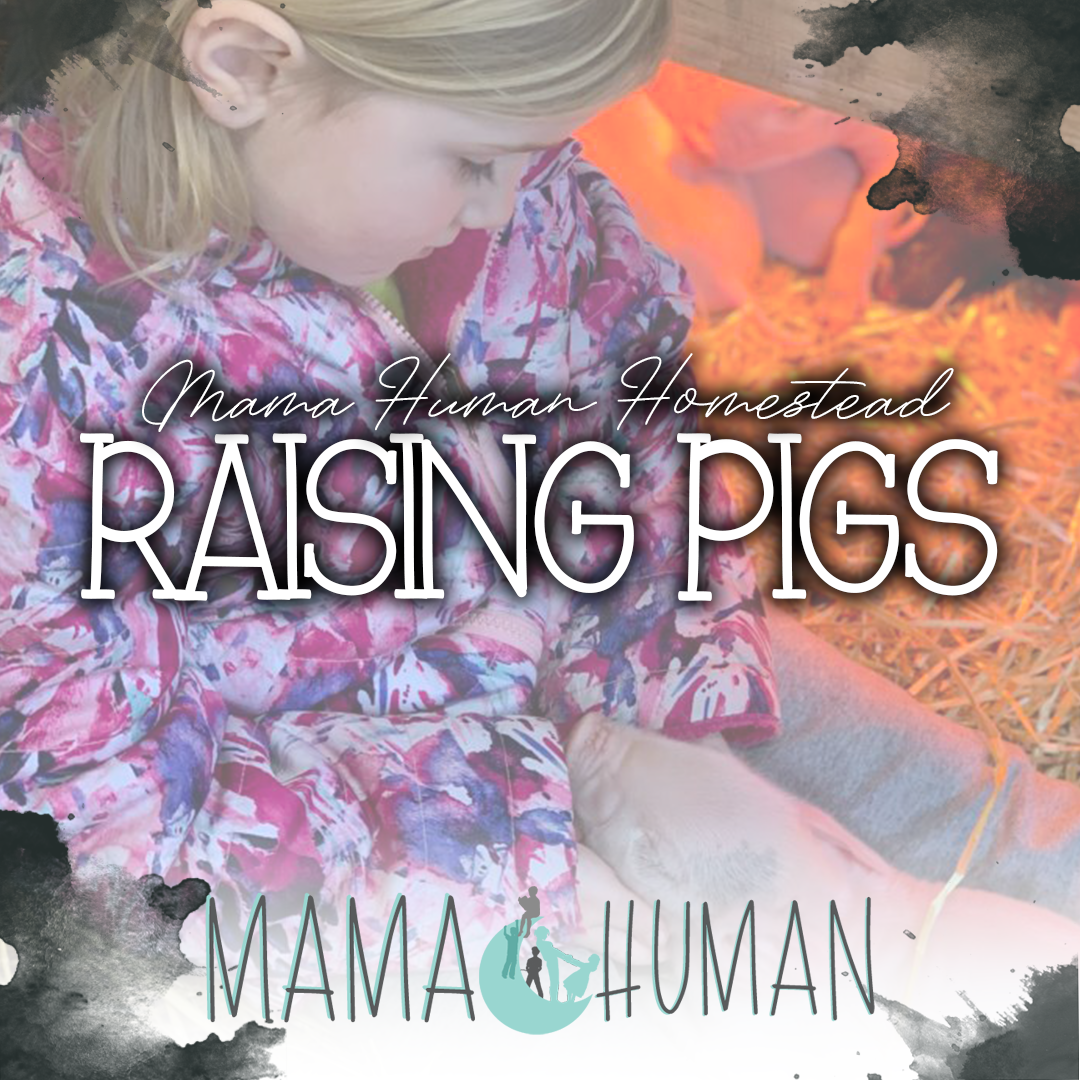